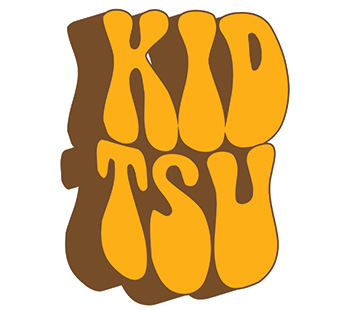 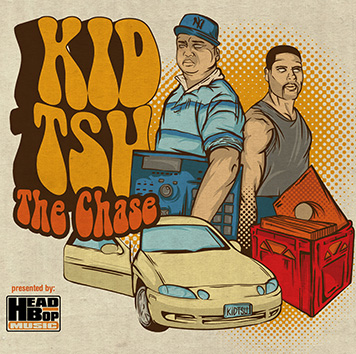 Hailing from Perth, Australia comes beatmaker/producer/DJ extraordinaire Kid Tsunami. Kid Tsu recently dropped his album THE CHASE worldwide digitally and physically on Headbop Music, featuring the best MC’s (KRS One, Kool G Rap, Masta Ace among others) in the world. A Zulu Nation Member, he is aiming to bring true hip hop back and is dedicated to preserving the ideals of peace, unity, love and having fun; the real ideals behind the hip hop culture.

Kid Tsu is looking to positively influence young people through music and positive thinking, aiming to influence our next generation to make a positive change in the world, in whatever way they hope to. Kid Tsu likes to think he is continuing the path that legends such as Marley Marl, Pete Rock, DJ Premier and Large Professor have set before him.

Listen to what others are saying about Kid Tsunami!

“Don’t sleep on this one – banger after banger. Listen to the snippets for proof.”

“…this is just some good old fashioned boom-bap with no additives or preservatives….”

“The 90’s production sound of the boom bap beats are the hallmark of how music is created and Kid Tsunami stay within the roots.”

“Making sure classic hip-hop never goes to the wayside is producers like Kid Tsunami who can channel the sounds of old and yet keep things new and refreshing.”

“This is on some real-ass hip-hop right here!”

“The Chase is pure old-school hip-hop joy from start to finish. Kid Tsunami’s beats and production are soulful and tasteful, and are filled with loads of great breaks, samples and turntable antics.”

“All the beats are dope, and it’s not really a matter of who comes weak or not. Everyone comes correct. It’s more about who’s your favorite MC. Everyone brought their A-game, and Kid Tsunami matches the quality rhymes with quality beats.”

“The Chase captures not only a vibe, but a time in history, when going for the paper chase was something you did while making an emphasis to create good music.”

“I’m hard pressed to find anything bad to say about Kid Tsunami other than to take playful jabs at his nom de plume, so I’m gonna leave you with this: if you’re nostalgic for what my friend K-Murdock calls “progressive rap” I think Kid Tsu’s “The Chase” is what you’re looking for.”

“His first Stateside-distributed album The Chase serves as an H.G. Wells time-machine back to the days of Timberland boots, and not only yields an incredibly enjoyable listen, but perhaps serves as a reminder to some of these guests about the sound and style the fans are begging for.”